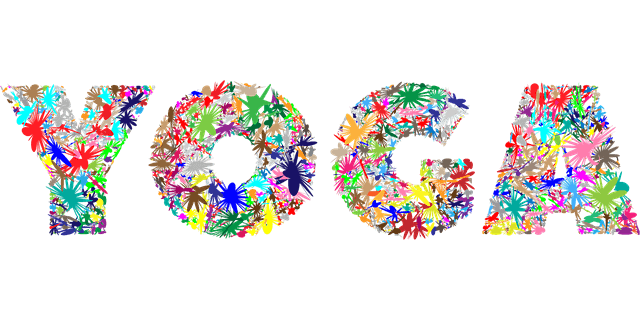 Though the naked eye often tends to view things as simple, it fails to see the undercurrent of complexity coursing beneath. Yoga is much the same for the most part. It may look like a simple activity that anyone can indulge in to improve their mental and physical well-being but people often do not notice the branches of yoga each swaying with its own purpose. These branches all grow outward in a different direction but they are all connected at the core. They sometimes overlap and immerse some concepts into each other. It just cannot be avoided and these different perspectives and their occasional overlap are exactly what make yoga so complex. You cannot truly understand it until you too journey to its very depths. We can start you off with some of that by letting you have an idea about some of the branches of yoga.

The 6 Branches Of Yoga:

Raja yoga is one of the numerous branches of yoga and is highly common and popular. The name itself makes it stands out in a way as Raja means ‘king’ or ‘royal’ so that itself is enough to energize some people, knowing that they are performing Royal Yoga. You may also hear the term ‘classical yoga’ in terms of it from time to time. This aspect of yoga is centered on the meditative aspects, as that is where its real focus lies. It promotes the idea of a journey within yourself so you can start to contemplate matters thoroughly. This can help you recognize and realize your true self and help you know where exactly you stand. It is mostly the deeply religious people and communities that find the sort of allure in this aspect of yoga and even go on to devote their entire lives to live by its standards. What it essentially is based on is the concept of the eight limbs that was brought upon by Patanjali in the Yoga Sutra. These eight limbs are meant to pave the path towards self-realization and treading on this path is meant to be highly important. These eight limbs are known to include ethical standards, self-discipline, posture, breath extension, sensory withdrawal, concentration, meditation, and ecstasy. All of these can contribute to adding more meaning to your life not just according to this but several branches of yoga.

Bhakti yoga is also known as ‘the yoga of devotion’ at times and holds its own significance to strengthen the yoga tree. More of an emphasis is placed on God here as this yoga practice essentially urges you to be closer to the Divine through various activities. According to this, when you believe in the Divine with every fiber of your being newfound love blossoms. It extends to every single living creature sharing its breaths with you. This gives rise to an undeniable feeling of positivity that is not meant to be selective in the least. It will govern your life and flow through you even when you are dealing with the most menial tasks known to mankind. There are some noticeable names that you might find familiar that believed in this aspect of yoga and even started to embrace it whole-heartedly. Those include Martin Luther King Jr. and Gandhi as well as Mother Teresa who also intermingled karma yoga with bhakti yoga to pave her own path. The selfless love that all these figures expressed can be seen in every trivial and humongous act that they performed. Whether it was in the limelight or in the shadowy confines of the darkness they did not hesitate to spread love all around.

Though we spoke of selfless actions just now, out of all the branches of yoga that truly place emphasis on it, it is karma yoga that stands out the most. This entire yoga practice is based on the fact that if we allow the seed of selfishness to be embedded inside us and nourish it with hateful acts, at some point or another it is we who must suffer the consequences. We will have no one and nothing else to blame except our own selfishness. This is why it is so important to understand the true meaning of selflessness and to apply it in every single action we take or word we speak. The word ‘karma’ is something most of us use casually on a daily basis but do not understand the true depth of. To us, it means what goes around comes around. However, its roots are buried far deeper and those are what we should try to understand to remove all traces of selfishness from our lives. That is what it really means to believe in and follow the teachings of karma yoga.

Jnana yoga is more or less aimed at the intellectually inclined that comes as no surprise considering the fact that it is believed to be the yoga of the mind. That is also why it is often referred to as ‘the yoga of wisdom’ and promotes the hunger to seek knowledge and know more. It is mostly scholars who follow this path as they persist on an endless journey to study the yogic traditions’ texts and various scriptures that give a much deeper insight. Not everyone can follow this route and stick around long enough to reach out to its very core. That is why it is aimed at the intellectually inclined as they are better suited to finding meaning and understanding in every single scripture and text. The idea of non-dualism is not foreign when it comes to this yoga practice. It claims that you and everything around you are not present on different levels but rather melt into one. That is how you become one with the immortal spirit. Though your human eyes may perceive different objects as separate things in actuality that is not the case. It is just your level of consciousness at the present time that makes you view things that way.

You may have heard of the word ‘mantra’ and instantly connected it to ‘chanting’. If that is the case then you are spot-on as that is exactly what it means. After knowing the meaning does it really surprise you that mantra yoga is meant to be the yoga of potent sound? Mantras are basically supposed to be words, syllables, and even phrases as a person might chant them on a daily basis to ensure closer proximity with the Divine. As they are considered to be highly sacred this does the trick for them and lets them arrive at an ideal level. These mantras do not only bring people closer to God but also act as a grounding mechanism for them to keep them centered. Some Western teachers do not like or believe in the idea of mantras being present beforehand that simply must be repeated or carried forward by others. They think that just about any word from the dictionary can be adopted and used as a sacred utterance that one can deliver over and over again both at the tips of their tongues and the core of their hearts. Though their perspectives may not necessarily overlap when it comes to this aspect, it cannot be denied that mantra yoga is taken very seriously and is followed religiously.

It is believed that Tantra yoga is one of the branches of yoga that is often misunderstood on a very extreme level by a great number of people. To people, it is the same concept as spiritualized sex which according to the teachings of Tantra is not the case at all. It is also known as ‘Kundalini Yoga’ and has its own level of strict discipline that must be followed and does not just dissipate because it is related to sex in some way or another. What it essentially focuses on is a ritualistic lifestyle though people observe more of an emphasis on sexual rituals. However, a funny tidbit here is that a lot of schools that promote the teachings of tantra yoga recommend their disciples to lead a life of celibacy. However, do not let common misconceptions hinder you from discovering the actual purpose of this form of yoga. It is mostly focused on the various celebrations and rituals that even include common birthdays and anniversaries. That would in a way explain why they find great value and significance in not only celebrations like these but also the consummation of a relationship. It does not mean that it holds the same idea as spiritualistic sex.

These are merely 6 of the numerous branches of yoga that are known to exist. Though you can simply perform yoga and find the peace you are in search of it is always a little harder to find without knowing what it actually stands for. Reading up on these branches and what they represent can help clear the lens for you.